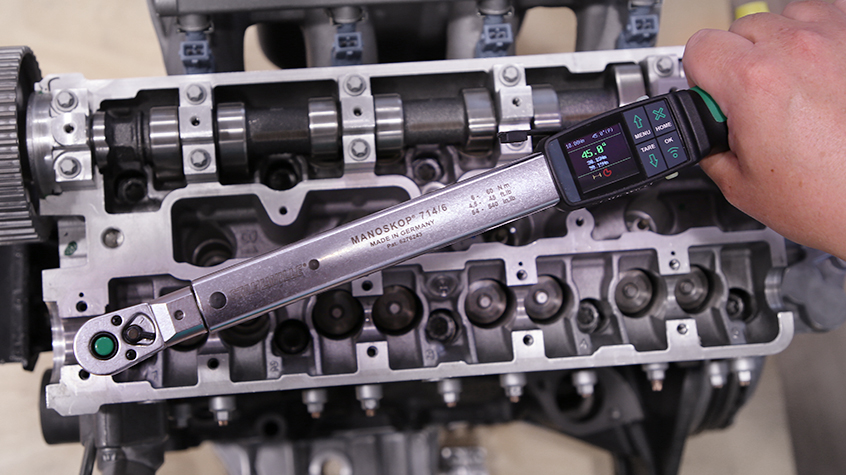 Simple torque-based assembly is a widely used process in the production of bolted connections. However, where requirements concerning the accuracy of the final result are more stringent, torque-angle tightening is often used. This means that the fastener is tightened through a prescribed angle after the snug point or threshold has been reached by torqueing. The ideal snug point torque and the angle of rotation for the respective connection are calculated individually and exactly before assembly, so that they can be applied repeatedly for all corresponding bolted connections under constant conditions.

Due to its enhanced complexity, angle controlled bolt tightening is reserved for situations involving particularly critical safety requirements, for instance to meet the hazard classifications listed in VDI/VDE 2862. The reason is simply that the torque angle is proportional to the preloading force as a function of the screw thread so it is possible using this technique to create exactly reproducible clamping forces.

When applying the tightening angle method, the yield strength of the screw is, in most cases, exceeded to a greater or lesser extent. A sufficiently large uniform elongation range plays an important part in this assembly method. For this reason, tension bolts are often used in engine construction (e.g. in the cylinder head), because they have a significantly larger uniform elongation range than conventional solid shank bolts.

A further advantage of the tightening angle method is that, in contrast to simple torque tightening, a second monitoring variable is applied, which results in higher process capability.

For example: tightening angle method with a tension bolt 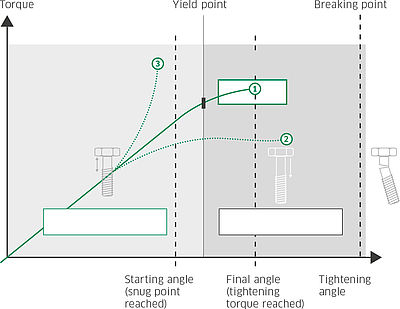